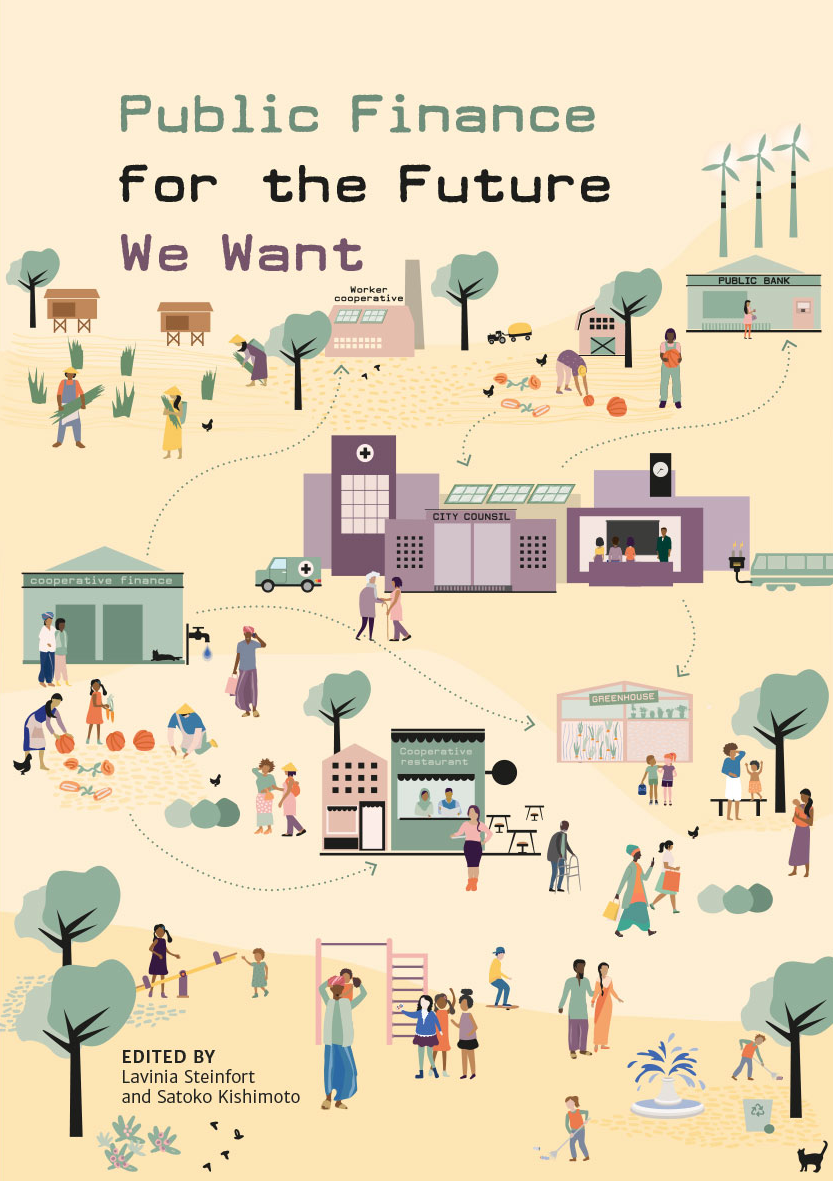 Public finances for the future we want

After the global financial crisis of 2008, the big banks were rescued and government spending was cut. This has justified increasingly severe austerity measures and reinforced a lingering myth that the public sector must rely on private funding to solve excessive inequalities and ecological destruction.

Today, private finance has not only failed to solve these problems, it has intensified them. The public does not have to depend on the private sector. Public funds are much larger than we imagine: equivalent to 93% of global GDP. Public banks have sufficient resources to raise the trillions needed to invest in public services and climate infrastructure, without having to turn to private financiers.

This book presents visions of regenerative and redistributive economies, built with collective power: from the thriving cooperative economy of Kerala, India, to the hundreds of local savings banks in Germany, to the worker-owned bank Banco Popular. in Costa Rica and the thousands of Popular Credit Funds in Vietnam. It explores models that could become the new normal, the basis of a democratically organized and viable future.

Public Finance Week: Are Small Businesses Really the Backbone of the Economy?

SEC enforcement for fiscal 2021 was strong in public finances